Might Is Right or The Survival of the Fittest is a book by pseudonymous author Ragnar Redbeard, generally believed to be a pen name of Arthur Desmond. First published in 1896, it advocates amorality, consequentialism and psychological hedonism. In Might Is Right, Redbeard rejects conventional ideas such as advocacy of human and natural rights and argues in addition that only strength or physical might can establish moral right (à la Callicles or Thrasymachus). The book also attacks Christianity and democracy. Friedrich Nietzsche's theories of master–slave morality and herd mentality served as inspirations for Redbeard's book which was written contemporaneously.

James J. Martin, the individualist anarchist historian, called it "surely one of the most incendiary works ever to be published anywhere." This refers to the book's assertions that weakness should be regarded with hatred and the strong and forceful presence of Social Darwinism. Other parts of the book deal with the topics of race and male–female relations. The book claims that the woman and the family as a whole are the property of the man, and it proclaims that the Anglo-Saxon race is innately superior to all other races. The book also contains anti-Christian and anti-Semitic statements. 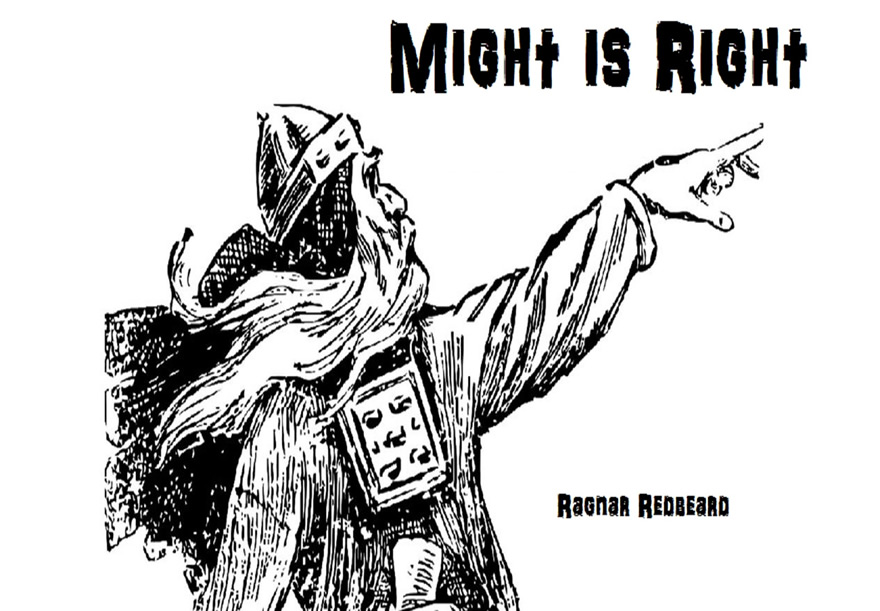