Alexander III of Macedon, better known as Alexander the Great, single-handedly changed the nature of the ancient world in little more than a decade.

Alexander was born in Pella, the ancient capital of Macedonia in July 356 BC. His parents were Philip II of Macedon and his wife Olympias. Alexander was educated by the philosopher Aristotle. Philip was assassinated in 336 BC and Alexander inherited a powerful yet volatile kingdom. He quickly dealt with his enemies at home and reasserted Macedonian power within Greece. He then set out to conquer the massive Persian Empire.

Against overwhelming odds, he led his army to victories across the Persian territories of Asia Minor, Syria and Egypt without suffering a single defeat. His greatest victory was at the Battle of Gaugamela, in what is now northern Iraq, in 331 BC. The young king of Macedonia, leader of the Greeks, overlord of Asia Minor and pharaoh of Egypt became 'great king' of Persia at the age of 25.

Over the next eight years, in his capacity as king, commander, politician, scholar and explorer, Alexander led his army a further 11,000 miles, founding over 70 cities and creating an empire that stretched across three continents and covered around two million square miles. The entire area from Greece in the west, north to the Danube, south into Egypt and as far to the east as the Indian Punjab, was linked together in a vast international network of trade and commerce. This was united by a common Greek language and culture, while the king himself adopted foreign customs in order to rule his millions of ethnically diverse subjects.

Alexander was acknowledged as a military genius who always led by example, although his belief in his own indestructibility meant he was often reckless with his own life and those of his soldiers. The fact that his army only refused to follow him once in 13 years of a reign during which there was constant fighting, indicates the loyalty he inspired. 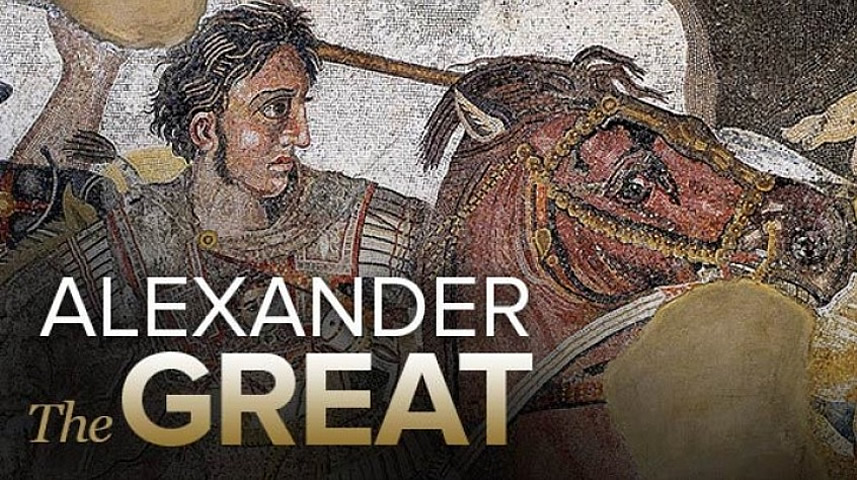