DOWNLOAD - Kevin MacDonald - A people that shall dwell alone
Judaism as a Group Evolutionary Strategy, with Diaspora Peoples

This book attempts to understand an ancient people in terms of modern evolutionary biology. A basic idea is that Judaism is a group evolutionary strategy-what one might term an evolutionarily significant way for a group of people to get on in the world. The book documents several theoretically interesting aspects of group evolutionary strategies using Judaism as a case study. These topics include the theory of group evolutionary strategies, the genetic cohesion of Judaism, how Jews managed to erect and enforce barriers to gene flow between themselves and other peoples, resource competition between Jews and non-Jews, how Jews managed to have a high level of charity within their communities and at the same time prevented free-riding, how some groups of Jews came to have such high IQ's, and how Judaism developed in antiquity. This book was originally published in 1994 by Praeger Publishers. The Writers Club edition contains a new preface, Diaspora Peoples, describing several interesting group evolutionary strategies: The Gypsies, the Hutterites and Amish, the Calvinists and Puritans, and the Overseas Chinese. 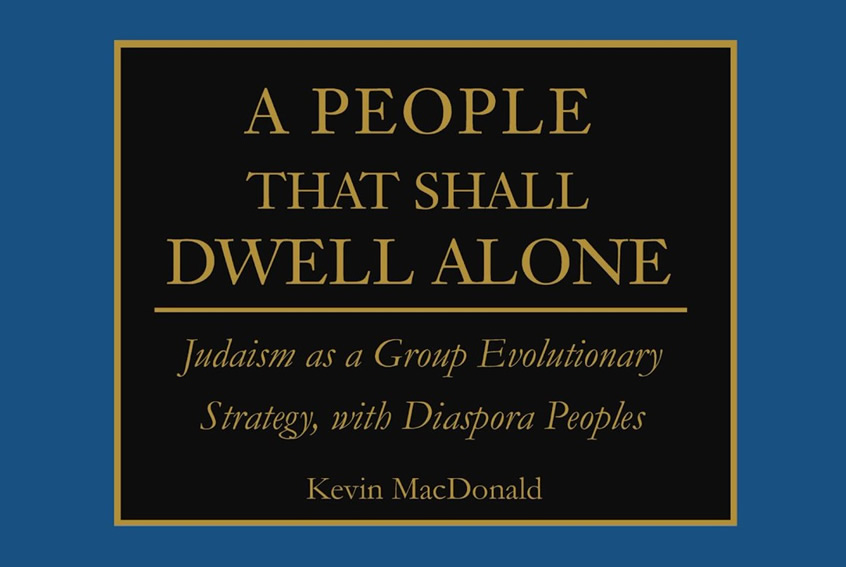