THE AMERICAN MERCURY is proud of its decades-long reputation for seeking the truth without fear or favor. As such, we do not flinch when a part of that truth can best be discovered in the words of those whom the Establishment has deemed “radical” or “controversial” or even “evil.” (When the current murderous regime in Washington, or its Hollywood/New York media machine, says someone is “evil,” we immediately start to suspect that there must be something good about that someone.)

So even if the New York Times or the Anti-Defamation League excoriate us for saying so, it still remains true that the Nation of Islam (NOI) Historical Research Group — yes, that Nation of Islam, headed by Louis Farrakhan — has published the very best book we have seen so far on the Leo Frank case. It’s titled The Secret Relationship Between Blacks and Jews, Vol. 3; The Leo Frank Case: The Lynching of a Guilty Man. It’s a collaborative effort, written by the NOI Historical Research Group, and they have assembled a comprehensive digest of all the known facts surrounding the case, detailed excerpts from the press of the time, relevant (and extremely revealing) passages from books and statements by contemporaries and significant figures in the case, and original research and analysis that will leave you breathless with amazement at how the “mainstream” media have lied to you.

On this, the 105th anniversary of Mary Phagan’s death, we at The American Mercury are proud to present part 1 of our audio version of this very important book, read by Vanessa Neubauer. 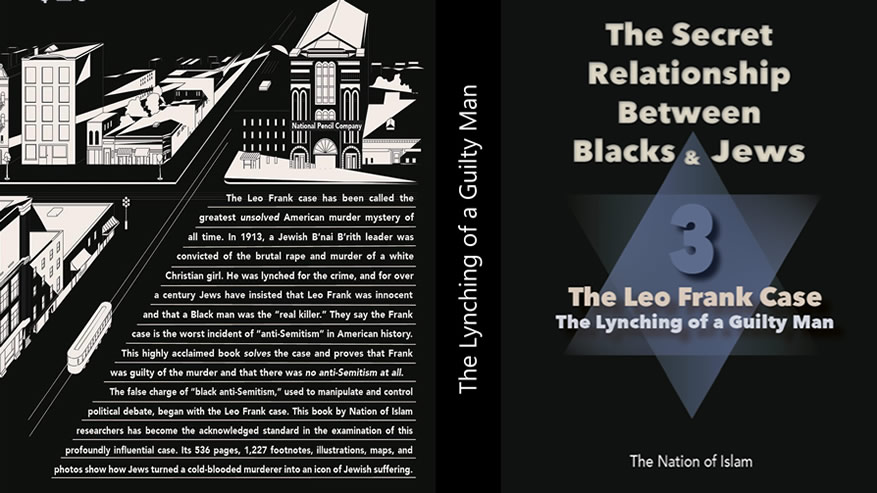