Watson's Magazine, January, 1915.
The 'Leo Frank Case' is an early analysis by Tom Watson, a seasoned lawyer and populist politician, who reviews the investigation, evidence and official testimony of the Leo M. Frank murder trial (July 28, 1913 to August 26, 1913). Watson discusses the Leo Frank Case in this January 1915 issue with new insights, energy, wit, sarcasm and vigor from his earlier introductions of the case in his Jeffersonian Newspaper (1914) issues on the affair.
The January issue is the first of five reviews of the case you must read. In Watson's later works on the the Leo M. Frank case he does a better job of articulating the Leo M. Frank murder confession than Hugh M. Dorsey and Frank Arthur Hooper do in the August and September issues, 1915. 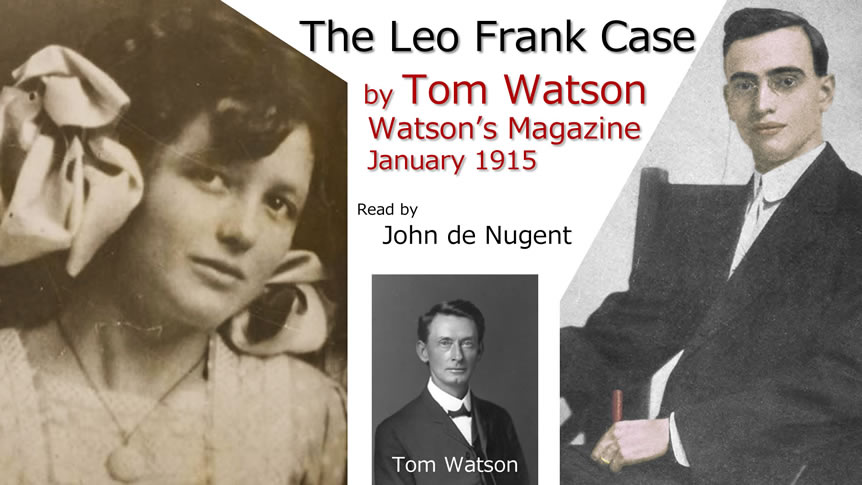