Take a journey through time with the American Mercury, and experience the trial of Leo Frank (pictured, in courtroom sketch) for the murder of Mary Phagan just as it happened as revealed in contemporary accounts. The Mercury will be covering this historic trial in capsule form from now until August 26, the 100th anniversary of the rendering of the verdict.

THE JEWISH ANTI-DEFAMATION LEAGUE (ADL) — in great contrast to the American Mercury and other independent media — has given hardly any publicity to the 100th anniversary of the murder of Mary Phagan and the arrest and trial of Leo Frank, despite the fact that these events eventually led to the foundation of the ADL. Probably the League is saving its PR blitz for 2015, not only because that is the centenary of Leo Frank’s death by lynching (an event possibly of much greater interest to the League’s wealthy donors than the death of Mary Phagan, a mere Gentile factory girl), but also because encouraging the public to read about Frank’s trial might not be good for the ADL — it might well lead to doubts about the received narrative, which posits an obviously innocent Frank persecuted by anti-Semitic Southerners looking for a Jewish scapegoat.

For readers not familiar with the case, a good place to start is Scott Aaron’s summary of the crime, from his The Murder of Mary Phagan and the Lynching of Leo Frank, which states in part :

“ON SATURDAY morning at 11 : 30, April 26, 1913 Mary Phagan ate a poor girl’s lunch of bread and boiled cabbage and said goodbye to her mother for the last time. Dressed for parade-watching (for this was Confederate Memorial Day) in a lavender dress, ribbon-bedecked hat, and parasol, she left her home in hardscrabble working-class Bellwood at 11 : 45, and caught the streetcar for downtown Atlanta.

“Before the festivities, though, she stopped to see Superintendent Leo M. Frank at the National Pencil Company and pick up from him her $1.20 pay for the one day she had worked there during the previous week…

“Almost no one knew it at the time, but by one o’clock one young life was already over. For her there would never again be parades, or music, or kisses, or flowers, or children, or love. Mary Phagan never left the National Pencil Company alive. Abused, beaten, and strangled by a rough cord pulled so tightly that it had embedded itself deeply in her girlish neck and made her tongue protrude more than an inch from her mouth, Mary Phagan lay dead, dumped in the dirt and shavings of the pencil company basement, her once-bright eyes now sightless and still as she lay before the gaping maw of the furnace where the factory trash was burned.”

IN 1913 GEORGIA, it was customary in criminal cases for all of the prosecution and defense witnesses to be sworn before any of their testimony was taken. In the hot and crowded temporary Fulton County courtroom at 10AM on July 28, 1913, Solicitor Hugh Dorsey called his witnesses and they were duly sworn. But the Leo Frank defense team, in the persons of Luther Rosser and Reuben Arnold, surprised everyone by asking to have their witnesses sworn at a later time, claiming that — though they had just declared themselves fully ready to go to trial — their witness list was as yet “fragmentary” and would occasion severe delays if it were required to be completed that morning. But presiding Judge Leonard Roan ruled against them, and in all of five minutes the defense was ready to call their list. It turns out that the defense had wanted to conceal for a time their strategy of making Frank’s character a factor in his defense, and revealing the names of their witnesses — numbers of prominent Atlanta Jews, Frank’s former Cornell University classmates, and others — made that strategy obvious, and would give the prosecution time to find rebuttal witnesses on the subject of the character of Leo Frank. 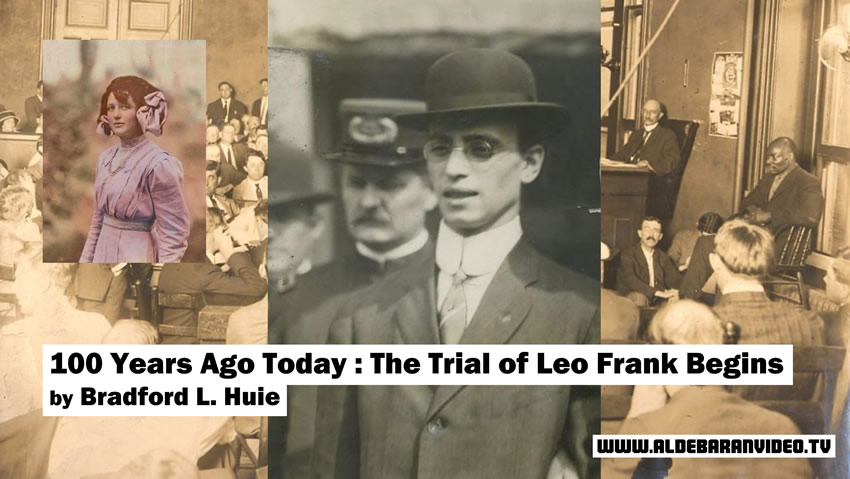 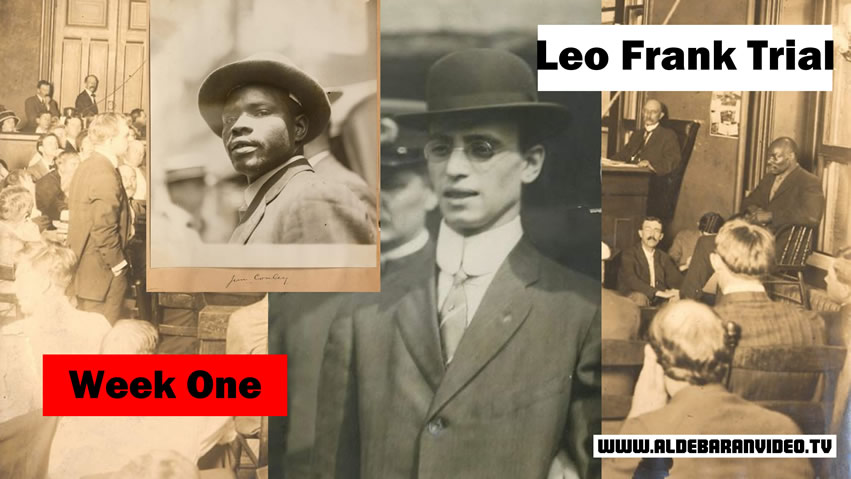 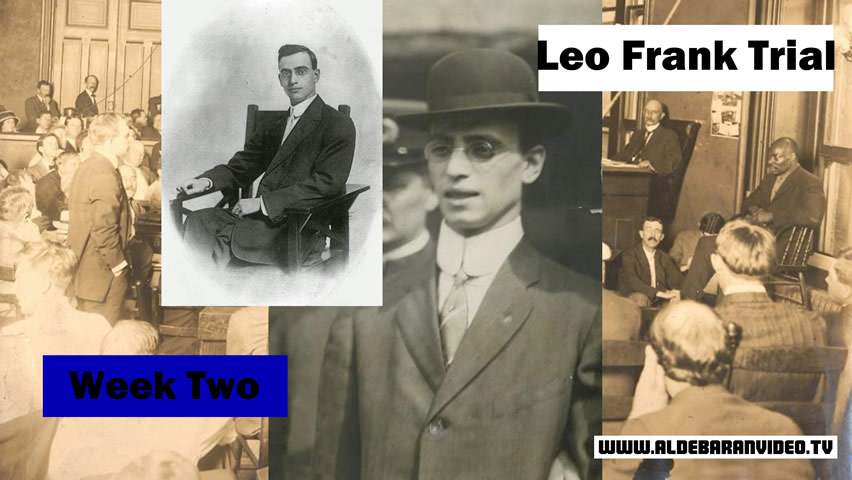 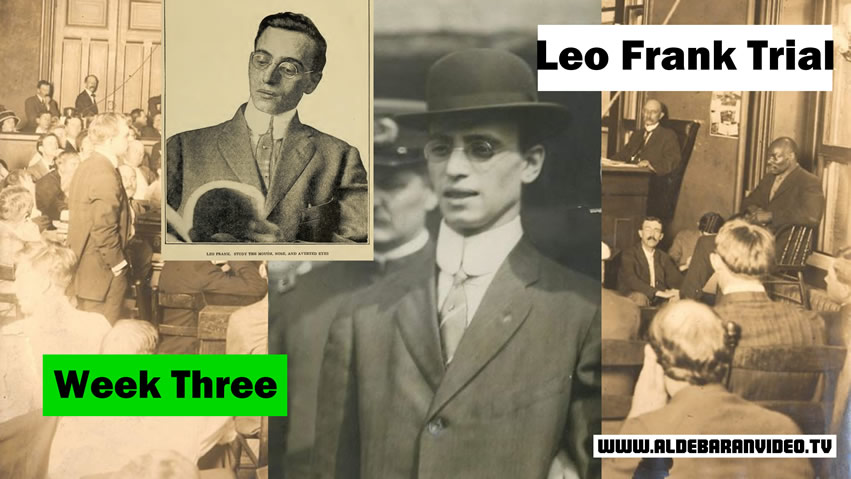 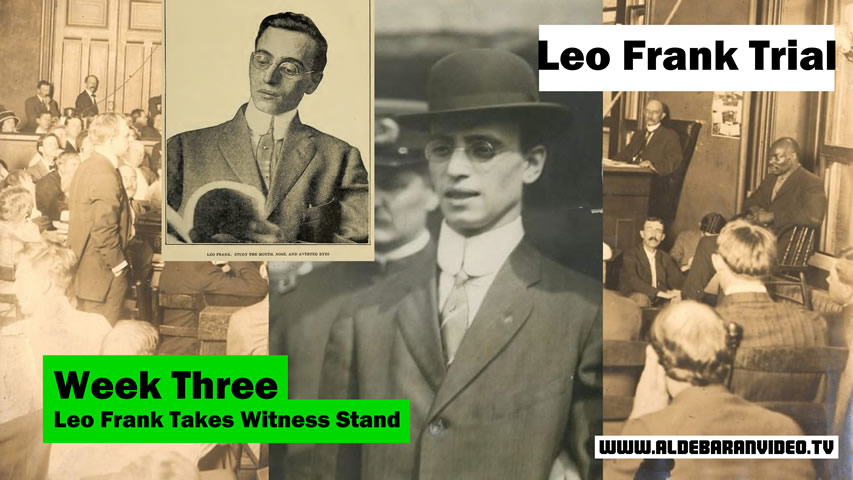 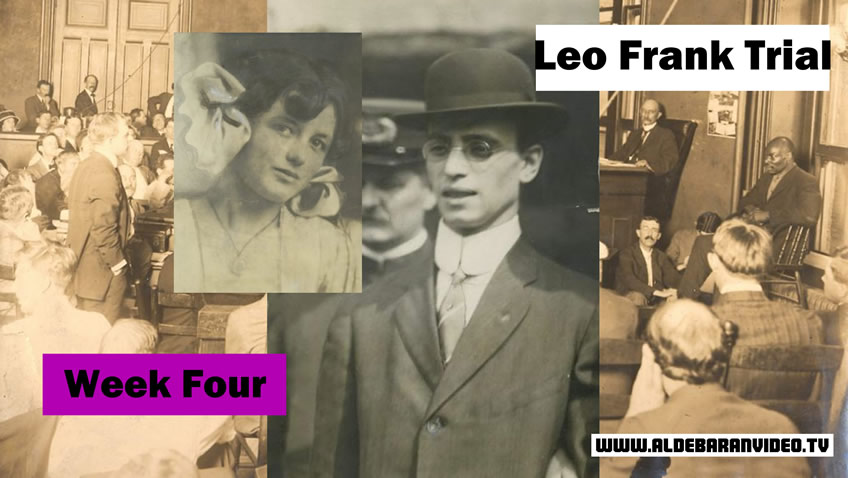 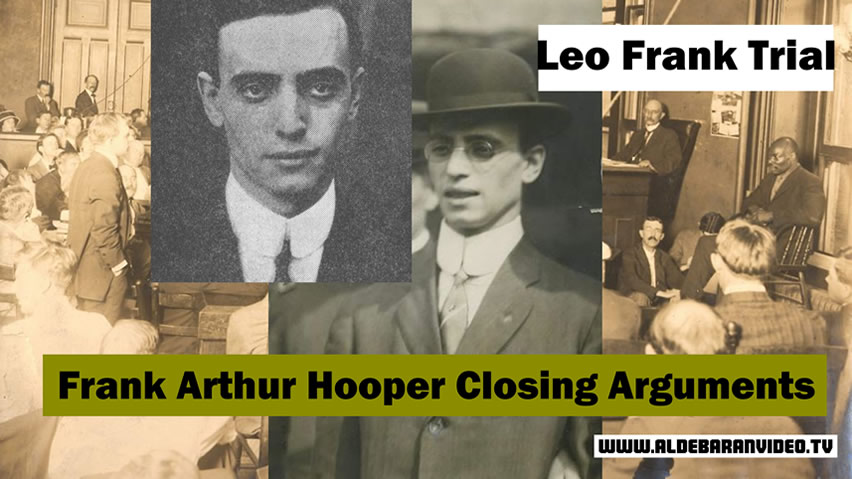 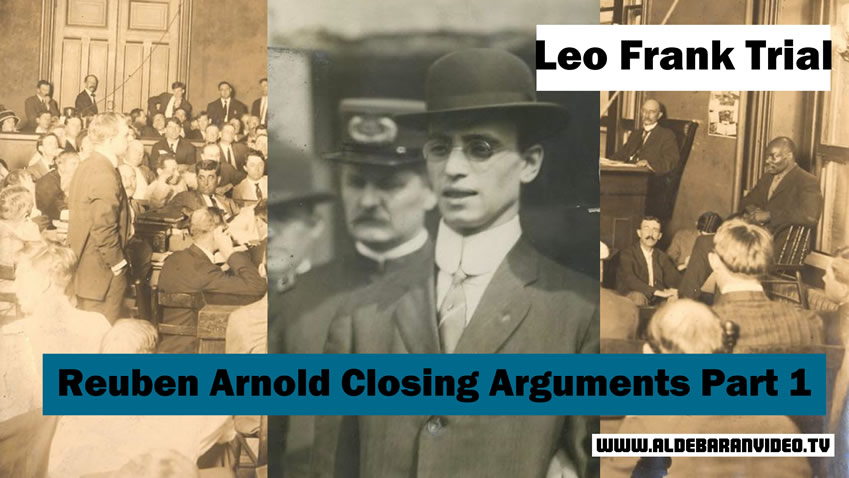 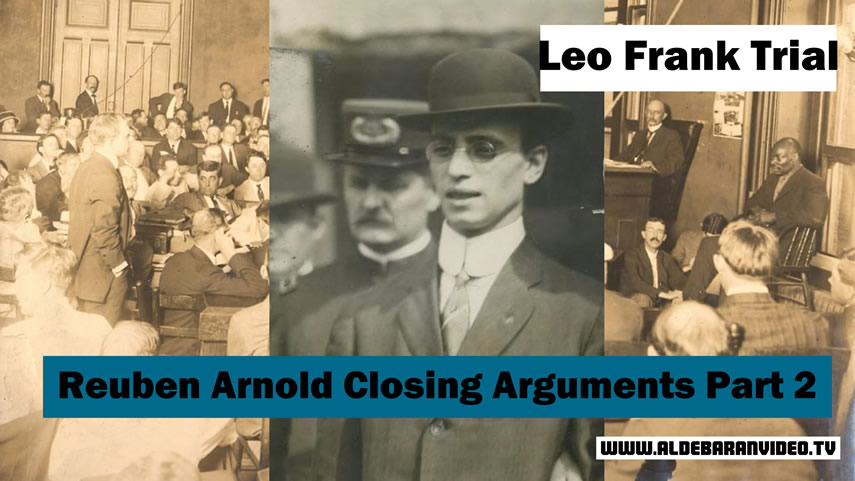 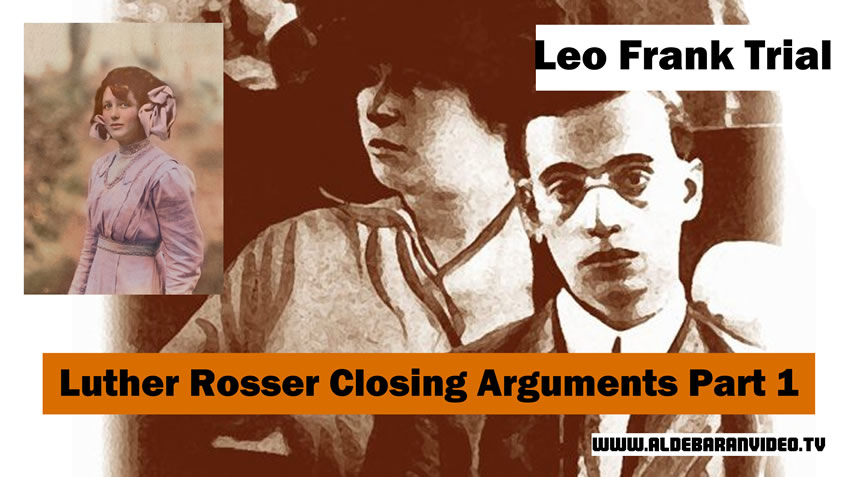 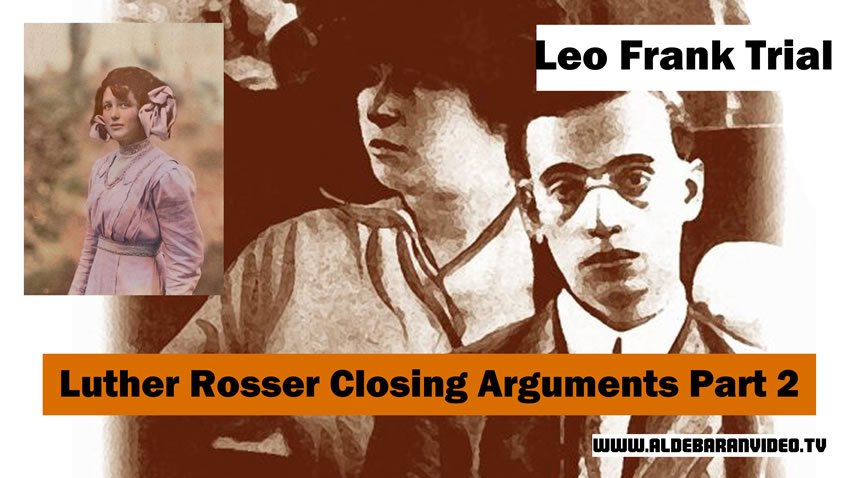 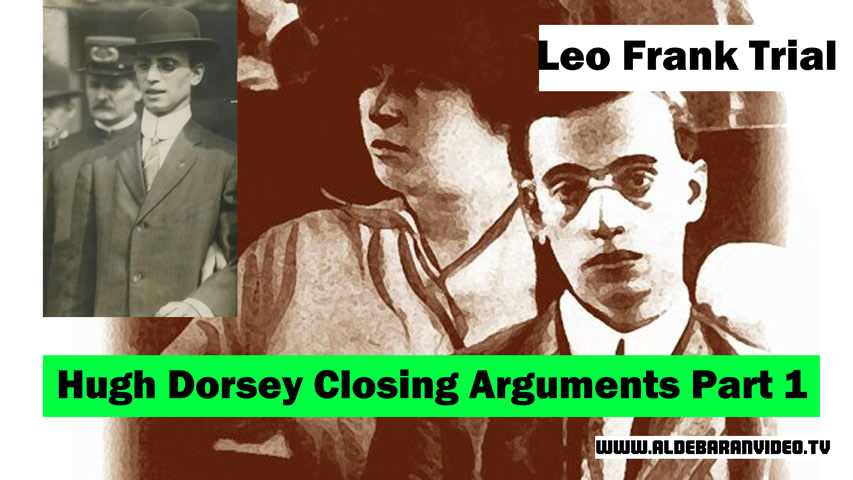 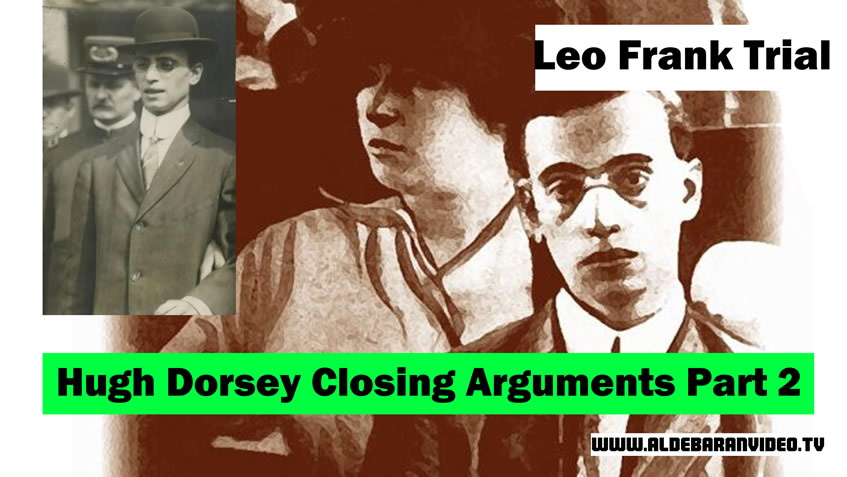 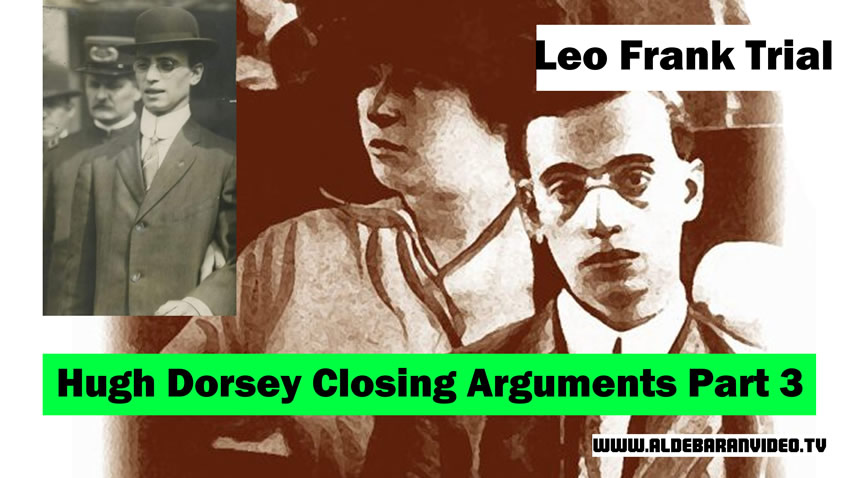 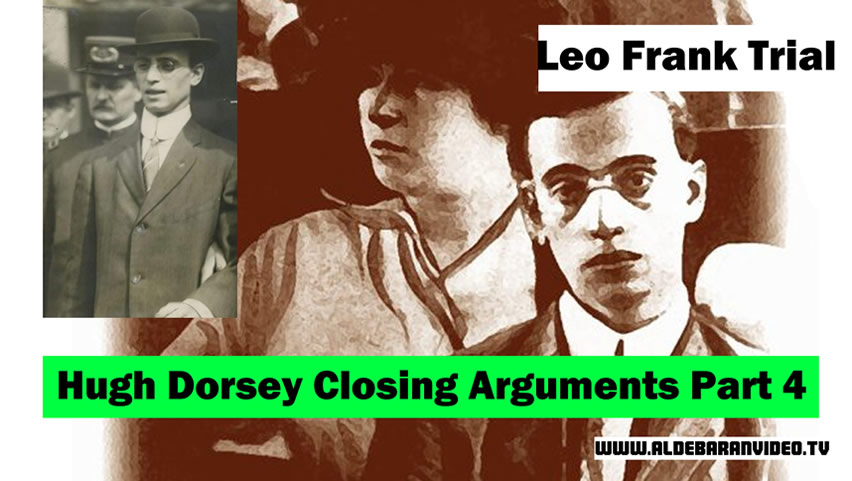 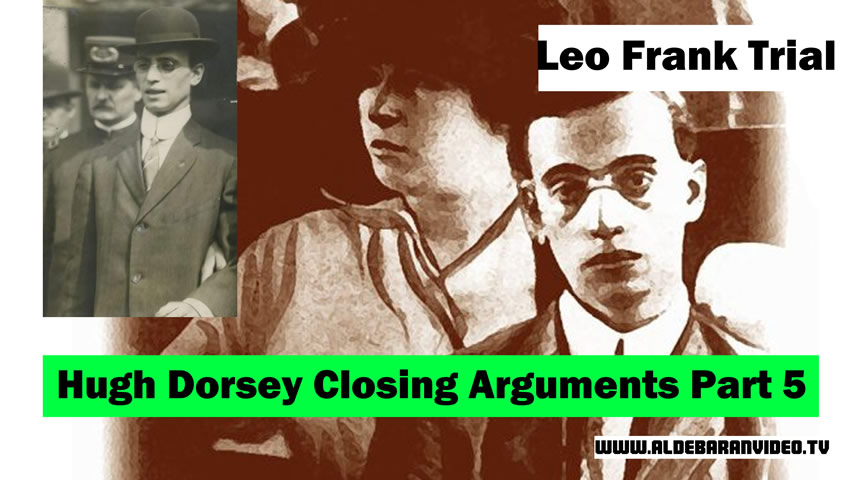 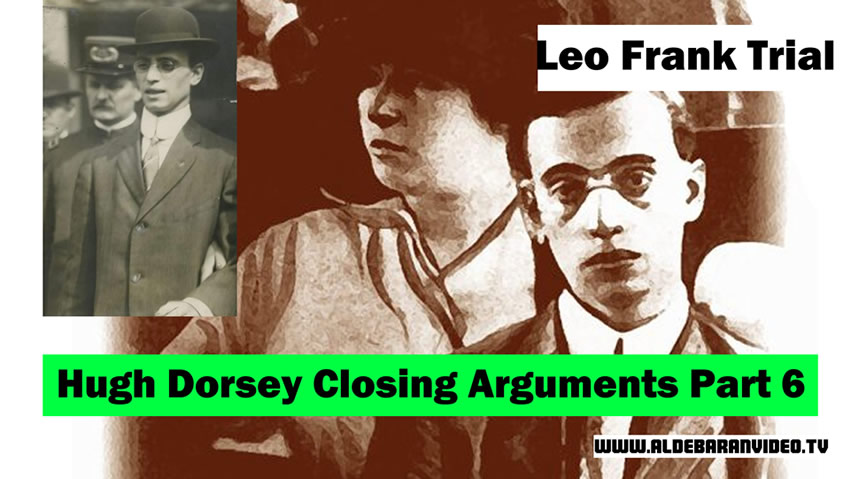 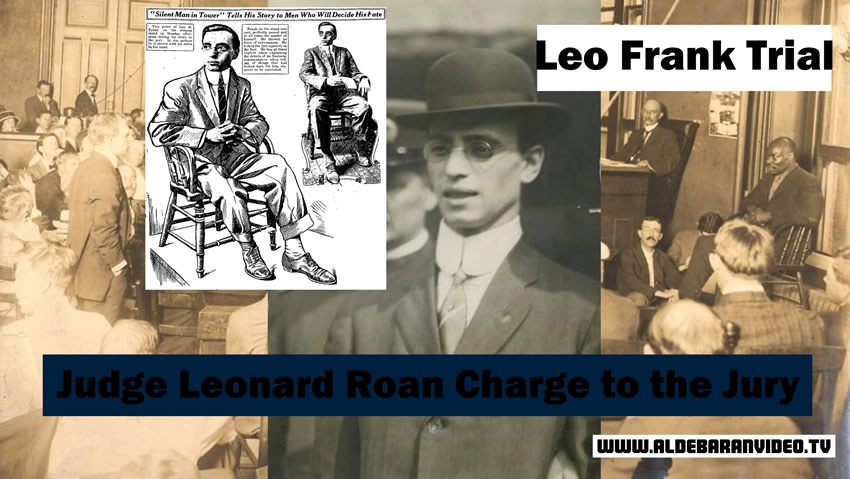 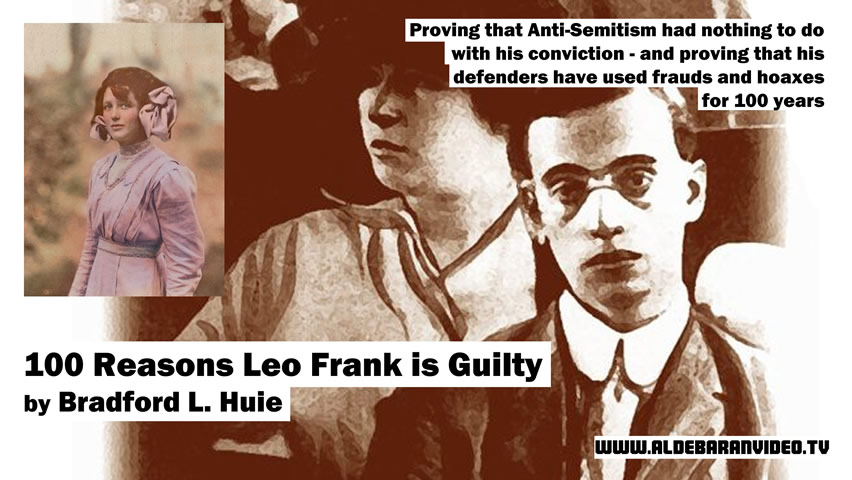