The 1913 Mary Phagan murder trial in Atlanta, Georgia, at the Fulton County Superior Court, where Leo Frank was defendant fighting for his life is an epic drama. The trial took place from July 28th, 1913 and concluded the testimony portion on August 21st, 1913, when the four counselors on each side (Rosser, Arnold, Hooper and Dorsey) began their closing arguments. Hugh Dorsey completed his 3-day peroration on August 25th, 1913, at noon. The petit jury brought their verdict down of guilt hours later. The following day, August 26, 1913, the presiding judge Leonard Strickland Roan agreeing with the verdict, sentenced Leo Frank to hang by the neck until dead. He scheduled the execution day for October 10th, 1913, but on August 27, 1913, Leo Frank's attorneys appealed the verdict resulting in a stay of execution. October 31st, 1913, Judge Roan rejected Leo Frank's appeals for a new trial on 107 grounds. The case was sent to the Supreme Court, who rejected Leo Frank's appeals and ruled the evidence of the trial sustained his guilt. Leo Frank's appeals were rejected by all appeals courts thereafter. 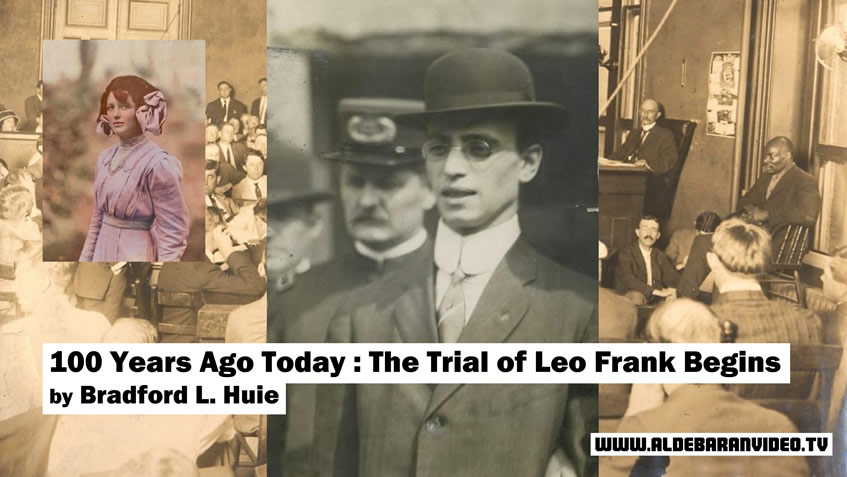